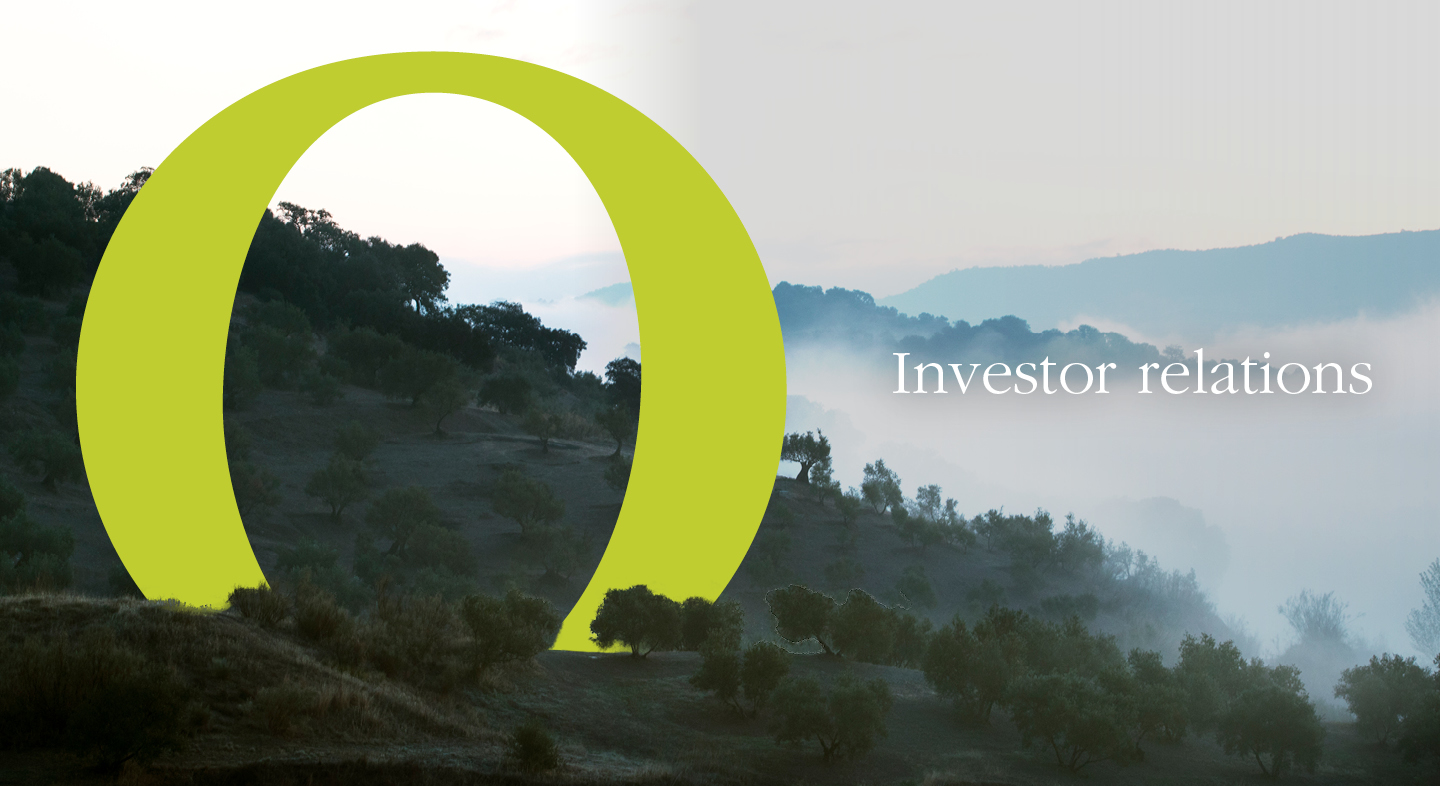 Pursuant the article 539.9 to the Ley de Sociedades de Capital, we provide information on our site regarding the payment periods to suppliers as of December, 31st 2019

Set forth below are the disclosures required by Additional Provision Three of Law 15/2010 enacted on July 5, 2019, and amended by Final Provision Two of Law 31/2014 on December 3. These disclosures are prepared in accordance with a January 2016 resolution of the Spanish Accounting and Audit Institute (ICAC) regarding disclosures to be included in notes to financial statements, in relation to the average period of payment to suppliers in commercial transactions.

The figures shown in the foregoing table in relation to payments to suppliers relate to suppliers of the Spanish consolidated companies that because of their nature are trade creditors for the supply of goods and services and, therefore, they include the figures relating to “Trade Payables” under “Current Liabilities” in the consolidated statement of financial position.

In accordance with the ICAC Resolution, the average period of payment to suppliers was calculated by taking into account the commercial transactions relating to the supply of goods or services for which payment has accrued since the date of entry into force of Law 31/2014, of 3 December.

“Average period of payment to suppliers” is taken to be the period that elapses from the delivery of the goods or the provision of the services by the supplier to the effective payment of the transaction.

The maximum payment period applicable to the Spanish consolidated companies under Law 3/2004, of 29 December, on combating late payment in commercial transactions, and pursuant to the transitional provisions contained in Law 15/2010, of 5 July, was 60 days for 2013. This Law was amended by Law 11/2013, of 26 July, which established from its date of application a maximum payment period to suppliers and trade creditors of 30 days, unless there is an agreement between the parties, in which case the maximum period is 60 days. In this regard, the Group has agreements with substantially all its suppliers and trade creditors for a maximum payment period of 60 days and, accordingly, the weighted average period of late payment is calculated taking this into account.